by Some Professional Help 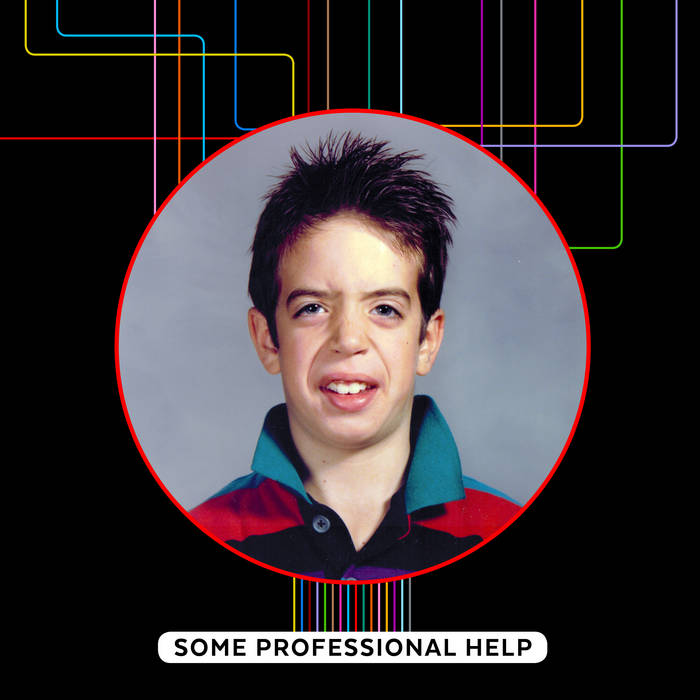 Some Professional Help's self-titled debut EP (out May 18) explores different angles of orchestral pop through the lens of indie rock & underground folk, guiding listeners through soundscapes of horns, strings, and thumping percussion. At times it feels like a well-curated mixtape for a lover; a little Bright Eyes here, some Jonathan Richman there, a nod to the Mountain Goats...Each of the 6 tracks sound like a different band because each track is a different band, albeit with the same singer/band leader.

Listen to the radio and it's obvious guitar music is on the cultural backburner at the moment. The music community has a thirst for new sounds, drowning themselves in '80s and synths in the search for pop perfection. What they don’t know is perfection doesn’t live in a drum machine. Pop perfection is born from an orchestra, and Scott Alexander’s non-monogamous collective Some Professional Help is here to usher it in.

Alexander calls the EP "nonrepetitive pop." Foregoing pop music's conventional verse-chorus-verse structure, Alexander's tunes fall more in line with the wandering movements of an orchestral arrangement. “Musical structure sort of evolved pre-recording, pre-notation,” he explains. “So things had to be repetitive. It was a mnemonic device. That’s why we have repetition. And when composers started notating music so performers could just read the notes, classical music developed, which is significantly less repetitive.”

Some Professional Help navigates a complex maze of sounds, each instrument selected with as much attention to detail as each note. “That’s how I think about songs. Not every song should be just guitar, bass, and drums,” says Alexander. “As much as I love bassoon it doesn’t work on every song, the same as any other instrument.”

“When I moved to the Bay Area I got back into orchestral playing,” says Alexander who, in addition to guitar, makes his living playing the bassoon. “I'd meet all these great musicians out here and I'd want them to be in a band with me. The problem's that they’re very in demand. They’re session players or already in a band. So after spending a bunch of time trying to form a band, I realized I wouldn’t be able to get the people I wanted. They wouldn’t be able to commit.” The solution was an open relationship.

Many solo projects rely on collaborators without giving them proper credit, but Some Professional Help is defined by the exploration that collaboration allows. Alexander’s soaring tenor yelp has a sore ache to it like each word is hiding some secret pain. By pairing it with a continually shifting backing band, Some Professional Help takes on an indie rock meets musical theater air. Each track tells a different story, with a glorious minimalist cover of Cake's "Never There" serving as an intermission to the acts.

“I started thinking about the way theater companies work,” explains Alexander, “The theater will have its regular company, but not every member of the company is in every show.”

Fans of weird pop, Nana Grizol, Magnetic Fields and They Might Be Giants owe it to themselves to check out this underground pop quasi off-Broadway musical. These six songs are just the start of a long run of pop perfection.

All songs were written and produced by Scott Alexander, except “Never There” by John McCrea. Recorded at Fantasy Studios in Berkeley, CA. Audio engineers: Alberto Hernandez, Adam Muñoz, and Jesse Nichols. Mixed by Jesse Nichols at Opus Studios in Berkeley, CA. “Never There,” was record and mixed by Scott Bergstrom at 25th Street Recording in Oakland, CA. Mastering by Michael MacDonald at AlgoRhythms Mastering, Santa Fe, NM. Graphic design by Nora Merecicky. Nora is really cool. Please visit SomeProfessionalHelp.com for detailed program notes and lyrics for each song.

Yomyamyeemyaz Productions- Say it however you want. Nonrepetitive Pop allows that.

Bandcamp Daily  your guide to the world of Bandcamp

Cannibal Corpse's George "Corpsegrinder" Fisher stops by for an interview